We are looking forward to bringing class assemblies back to Moat House and welcoming you into school to find out what your children have been learning. Please make a note of your child’s class assembly date, as detailed below: 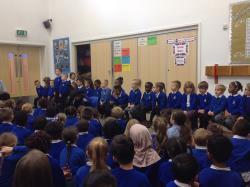 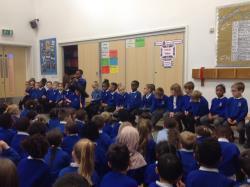 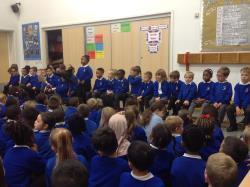 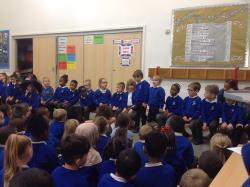 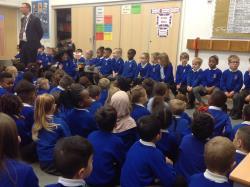 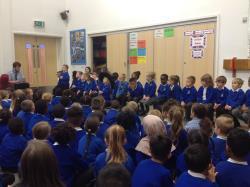 4KG gave us an assembly which was all about the internet on Friday 14th February. They shared some of the brilliant things that people use it for but also some of the problems that it can cause. They then gave us some really good advice; not to meet with anyone who you meet online, not to share personal information online and to always tell an adult if you come across things that worry you. This all linked to the work that they had done on Tuesday which was Safer Internet Day.

3NL gave us a great assembly on Friday 7th February. It started off with the toe tapping "Dem Bones." They then shared lots of interesting facts about the human skeleton and digestive system. The pasta skeletons that they made were fantastic!

5SH produced a super assembly on Friday 31st January. It was all about space, the planets and the environment. They impressed us with their knowledge and understanding, as well as a song they had learnt to help them to remember the order of the planets from the sun. They finished by sharing a video, which showed how much they have enjoyed their learning and included them working in groups to make the planets out of paper mache. Thank you 5SH!

On Friday 24th January, we were treated to a fascinating assembly from 4SG all about William Shakespeare. The children had researched lots of interesting facts about the famous playwright and they spoke in loud and clear voices to share what they had found out. We were surprised to discover that Shakespeare invented some very interesting words, including “honorificabilitudinitatibus,” which means invincible, glorious, honourableness. Lots of the Year 4 children even managed to impress us by pronouncing it confidently! Thanks 4SG!

Unfortunately not the ones with chocolate chips.

Some cookies are necessary in order to make this website function correctly. These are set by default and whilst you can block or delete them by changing your browser settings, some functionality such as being able to log in to the website will not work if you do this. The necessary cookies set on this website are as follows:

Cookies that are not necessary to make the website work, but which enable additional functionality, can also be set. By default these cookies are disabled, but you can choose to enable them below: